What happens when the betting predictions actually work so good that the bookmakers are left with a headache? Well, this is exactly what happened when Liverpool and Manchester United ended up scoring exactly what was predicted. Surely, the bettors have had an exceptional Premier League weekend, but we can not say the same for the bookies.

Not in a Million Years

The most popular scoreline came true, and the betting operators felt that. What actually happened is that during teh second weekend in November 2019, Liverpool climbed the Premier League table rapidly. To be precise, the change in 8 points on the PL table and Liverpool’s 3-1 victory over Manchester City was a pretty great hit for the sportsbooks.

In fact, this is the worst top-flight football weekend in the history of this season. You must be wondering why? Well, Liverpool’s victory wasn’t the only thing that happened. Manchester United’s also had a 3-1 victory over Brighton. 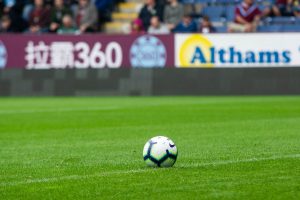 It is clear that in this situation there was no “victory” for the bookmakers. The “trophy” went to the homes of thousands and thousands of punters all around the world. The weekend figures for the sportsbooks went drastically down over that weekend, according to the Kindred Group’s Ali Gill.

Some other outcomes that hit them hard were the fact that the Reds were very well backed at home and that Wolves’ victory over Villa. According to the Kindred Group’s Ali Gill, the punters were more than lucky during the worst weekend for the bookmakers. On the other hand, the bookmakers lost 6 out of 9 games.

Other bookmakers made similar remarks related to the famous second weekend in November. Rupert Adams from William Hill noted that Tottenham’s-Sheffield United 1-1 result was the only “positive” outcome of that weekend’s games. He also stated that that was a very costly weekend for them. 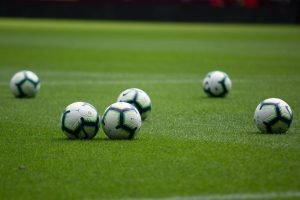 Yet another representative of the bookmaker, Betdaq’s Mark Harkin gave ceratin numbers that the operator never expected to see. During the Liverpool-Manchester City game, one of their wagerers won £6,314. The lucky winner placed £330 on 20.13.scoreline. He also said that that was one of the worst days of this Premier League season.

Furthermore, Mark Harkin noted that the brand has lost nearly a six-figure digit. It all happened when the most popular scoreline came true, and teh most betted on results became reality. 3-1 on Manchester United vs Brighton as well as the Liverpool vs Manchester City scoreline were the two most popular ones during that weekend.

Peter Spencer from BetFred could only state the same. He said that the bookmakers lost a big one to the punters. Spencer also noted that betting on politics had a great upturn during the weekend. Apart from that, the sad reality of that disastrous November weekend seems to be kicking in.